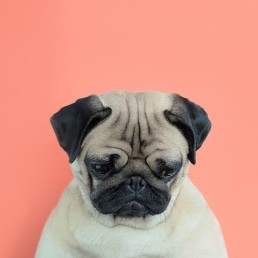 In my experience, dating is extremely confusing and unpredictable.

One day a stranger strikes up conversation while you’re picking wildflowers. Later that week, the two of you are drinking beers on your first date and both laughing loudly about the time a flamingo latched onto your hair at the zoo. You are certain this is going somewhere.

Two weeks later, you’re strangers again. Your potential soulmate stopped responding to your quirky text messages and disappeared without explanation. It’s as though they never existed and the story about the flamingo was never told. While you crave an explanation for their sudden exit, you won’t get one.

Silence is precarious. On one hand, maybe the person you thought you could one day be in love with died in a freak washing machine accident. Or maybe they were cursed by a witch and lost the memory of their greatest accomplishment– finding you. However, more likely than not, your story about the flamingo wasn’t that funny and your date was further dismayed by the fact that you weren’t ready to touch their genitals.

Either way, their silence manifests itself in the form of a subtle castration. It will haunt you to not know. You’ll have to redact the statement you made to  your friends about meeting your soulmate and, furthermore, you’ll have to silently live with the embarrassing knowledge that you– a psychopath– already named the children.

You give up on love and you go back to engaging in your regular hobby– finding ways to entertain yourself while your hotter friend gets hit on continuously at the bar.

Have another drink. Your time will come.