I have been quick, astoundingly quick, to blame anything that goes wrong on Meagan from Drake and Josh. Just last week, I forgot to turn in an online Spanish assignment for the second time in a row. Maybe it was the fact that I went to happy hour and disregarded the importance of my academic life in light of the simple bliss of a vodka soda (with a dash of lime)– but, maybe, just maybe, it was (*squint eyes* *hiss*) Meagan. I choose to believe it was Meagan.

Brothers and Sisters, I invite you to also join me in blaming Meagan. There is no need for you to feel bad for what you previously thought were personal failings and bad luck. 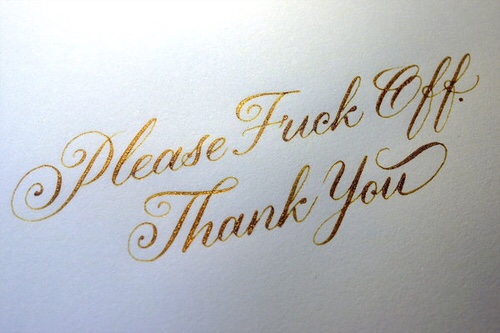 I know how you self-described “not politically correct” people look at me (and my friends); Basically, you think I alternate between running through the streets looking for something to be offended by, hiding in my safe space, playing the race card, and eating gluten-free snacks; and yet, surprisingly enough, I still somehow carve out enough time in my day to tweet @BernieSanders: “choke me daddy” on an hourly basis*.

Anyways, are you sober yet? Because I want you to take in every word I am about to say with all of your cognitive abilities: I truly did not appreciate you calling me a n*gger last weekend. I really, truly did not.

I get it—you were too drunk. It slipped. You’re not a racist. It was a joke. You have a Black friend. You listen to 2 Chainz. You think trap music is fleek. Fried chicken is lit. For God’s sake, you even tweeted that generic message saying you supported the students of color at Mizzou last fall.

Well, my official response to you is NAH— you fucked up. You fucked up. You really fucked up; because, now I am tired of trying to educate people on basic human respect (i.e. “political correctness”). And before you say it, yes, I know the first amendment protects your freedom of speech. But, I’m going to be totally honest with you when I say I don’t give a damn about the literal interpretation of a constitutional document made hundreds of years ago by a bunch of guys who barely washed their dicks. So, no, you are not being given a pass this time—not from me.

I’m definitely not going to confront you. Instead, I plan to piss on everything you love. As punishment, I have created a long-term, foolproof plan to destroy you.

It will all start on a Monday morning at approximately 5:30am in two years from now. DNA samples have already been collected. I can’t tell you much else, but I can give you some hints.

Do you remember the plot of Gone Girl? Well, I keep a copy of the book by my bedside. 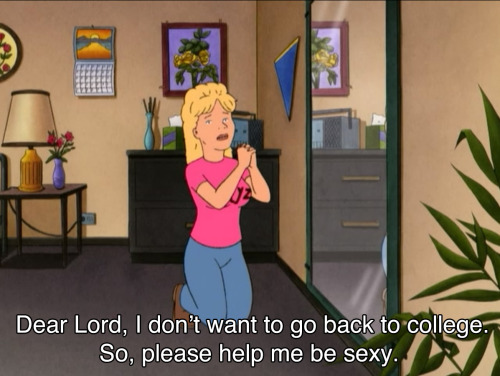 Not to be dramatic, but I’d rather have someone churn butter in my ass than be in the library right now. I figured I’d dive right into this one considering the immense pain I am under with being tasked to write a comprehensive analysis of a specific contemporary world issue in under 2,000 words by Wednesday. I am not saying I don’t care about world politics; what I am saying is that I would rather watch my friends take tequila body shots off of me while brave strangers quiver with disgust in the background.

Honest to God, I’ve been pumping out these dry, half-scholarly essays once a week for around four months. I’m at the point where I might start this week’s essay with “ok so like”, refer to NATO as “BAE”, mention how Putin dragged the hell out of ISIS, and finish the conclusion with “ya feel me, nigga?” just to see what happens.

Don’t get me wrong– I am hashtag blessed to go to this amazeballs school in this amazeballs city; but shit, where do these professors get off on doing their job so thoroughly around the holiday season? Is it too much to ask that the homework assignment for one night be to work on our mental health by taking a day to kayak down the feces infested Potomac river? Or better yet: to smoke a jay and ruminate on the importance of what we’ve learned in school thus far? Can a bitch just get a night to catch up on Scandal?

I love school and I love learning, I really do– but please, my dear university, give me a break. I am trying to keep up my sanity; but how am I supposed to do that when I don’t even have time to keep up with the Kardashians?

Middle school was like a three year long bad acid trip, was it not?